Exhibit at Indianapolis Museum of Art 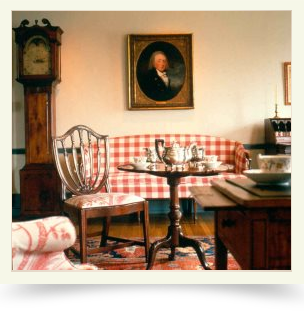 The Indiana Society furnished two rooms in the former Lilly House of the Indianapolis Museum of Art in the early 1970s. This 18th and early 19th century American furniture, including the Empire period, is now shown in the American wing of the museum. Acquisitions are ongoing and a recent collaboration with the museum allowed the purchase of a rare, early 19th century armoire built by a French-Canadian cabinetmaker in Vincennes, IN.
Download