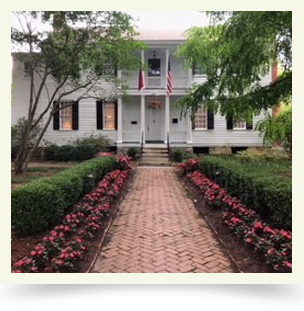 John Haywood, North Carolina’s first Treasurer and Raleigh’s first Intendant of Police (Mayor), began construction of Haywood Hall in 1799 as a home for his family. Completed soon after the turn of the century, it is the oldest house within Raleigh’s city limits still on its original foundation. As one of the largest buildings in town, the house became an unofficial meeting place for legislators and dignitaries visiting the capital, including the Marquis de Lafayette in 1825.