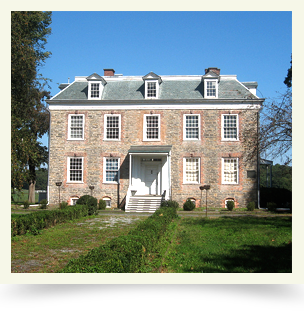 Van Cortlandt House was built in 1748 by Frederick Van Cortlandt. The Dutch-Georgian plantation house remains the oldest house in The Bronx and is built of native fieldstone with brick window accents. During the Revolution, the house was used by both British and Americans; twice the house became the headquarters of General Washington.
It was sold to the City of New York in 1889 and through an agreement with the City in 1896, the New York Society took over the management of the house and owns the collection.