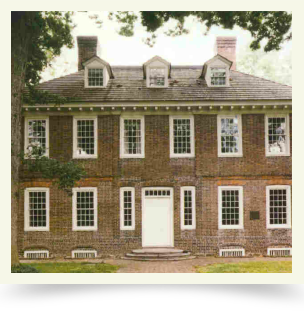 Stenton was designed and built by James Logan, William Penn’s Proprietary Agent. An elegant Early Georgian brick house, it has been relatively unaltered by the passage of time. Many items on display in the period rooms are fine Philadelphia-made Logan family pieces. It also houses a significant collection of textiles. During the time of the Revolution, Stenton was occupied briefly by both Gen. Washington and Gen. Howe.

Stenton is located on North 18th Street at Windrim Avenue, a short distance from Germantown Avenue in Philadelphia’s Historic Northwest. It is easily accessible from Center City Philadelphia and other major routes. See website for specific directions.
Download