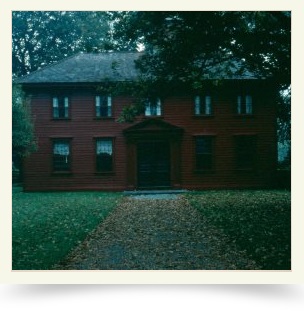 The mission of The Whitehall Committee of The National Society of The Colonial Dames of America in the State of Rhode Island and Providence Plantations is to preserve, protect, interpret and keep as a perpetual memorial, Whitehall, the home of Bishop George Berkeley from 1729-1731.

Whitehall Museum House, only five miles from downtown Newport, is set on the remnants of an eighteenth century farm. Its first resident, Dean George Berkeley, enlarged the first dwelling to become a country manor house in 1729. He chose the Palladian style for its prominent double front doors, making it one of the first vernacular buildings in America to use such a detail.

During Berkeley’s stay on Aquidneck Island, many visitors knocked on this door to learn and receive counsel from this renowned philosopher and educator. He and his wife Anne Forster Berkeley came to Newport with the mission of starting a college which would bring the sons of colonists and of Native Americans together.
Download