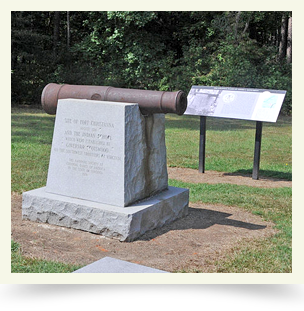 In 1714 Alexander Spotswood, an early Colonial Governor of Virginia, founded a trading post on the Virginia frontier which was a precursor for the “westward movement.” The fort was named for Christ and Queen Anne and included a school for Indian children. Several archaeological digs have taken place on the site that is owned by the Virginia Society. Because of the early Indian School, the fort is part of the “Civil Rights Trail.”