Did you know that the NSCDA played a major role in building momentum to establish Flag Day as a nationally recognized day of remembrance? 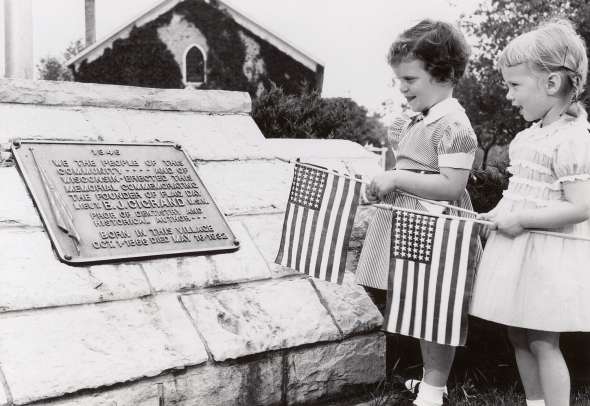 On June 14th, 1885, a 19 year old school teacher in Wisconsin named Bernard Cigrand displayed a 10-inch, 38-star flag in a bottle on his desk and asked his students to compose an essay on the significance of the flag. He chose this particular day because on June 14, 1777 Congress adopted the Stars and Stripes as the United States flag. And thus began Cigrand’s life-long devotion to making Flag Day a national day of observance.

In 1889, New York City kindergarten teacher, George Balch, held a Flag Day ceremony for his students, and his idea was later adopted by the New York State Board of Education.

Two years later, in 1891, the idea of Flag Day had spread to Philadelphia, where the Betsy Ross House held a ceremony.

In 1893, at the urging of the Sons of the Revolution, the Pennsylvania Society of The National Society of The Colonial Dames of America, lead by Elizabeth Duane Gillespie, adopted a resolution requesting the mayor of Philadelphia and all private citizens to display the Flag on June 14th. The Public Schools of Philadelphia joined the movement and hosted a large rally of students in Independence Square, each carrying a small flag while singing patriotic songs. Because of this, many credit Philadelphia as Flag Day’s original home.

However, it wasn’t until May of 1916, that President Woodrow Wilson issued a proclamation calling for a nation-wide observance of Flag Day and not until August 3rd, 1949, that President Truman signed an Act of Congress designating June 14th as National Flag Day.

Today many of our properties across the United States host Flag Day ceremonies and celebrations and we encourage all Americans to fly their flags in commemoration of the anniversary of the Flag Resolution of 1777. 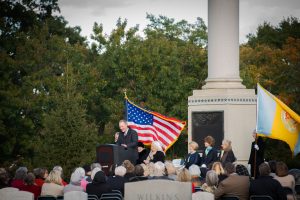